From the moment you arrive in Austin, you’ll see the city’s unofficial motto plastered on everything from buildings to t-shirts to koozies: “Keep Austin Weird.” And, perhaps, nothing better describes this place. Austin is modern and hip, but also retains enough traditional Texan hospitality that it’s common to get a “hi y’all” from a stranger while walking past each other on the street.

While the city itself has been on an upward trajectory for some time now, the recent announcements from various large tech companies regarding their intentions to open or expand in Austin have driven it to a fever pitch. Alongside these increased opportunities for employment, new cultural initiatives—from galleries to stores to fine dining—have grown in the city as well. However, the casual vibe that makes Austin such a wonderful place to live still remains strong—it’s a place where you can get some of the best high-end sushi in the country one night, and a $2 bacon, egg, and cheese breakfast taco the next morning.

For those who enjoy spending their free time outdoors, Austin is a dream. While the ever-growing Downtown skyline may allude to the ongoing urban development, you only have to drive minutes from the city center to reach the green fields of Zilker Park. With temperatures that rarely dip below 50 degrees, hiking, biking, and swimming are almost always an option. That’s not to say there isn’t plenty to do indoors as well—from honky-tonk to indie rock, the music scene is so renowned it has earned Austin the nickname of the “Live Music Capital of the World.” In other words, living the good life is easy in Austin, Texas. Almost as easy as finding a place that serves amazing guac and queso. 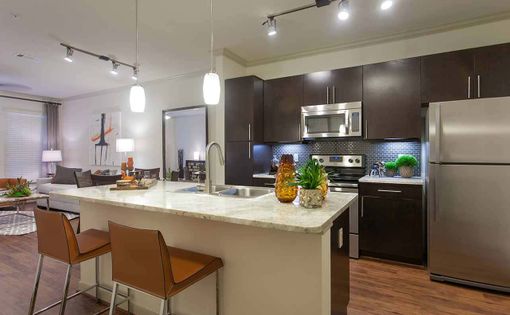 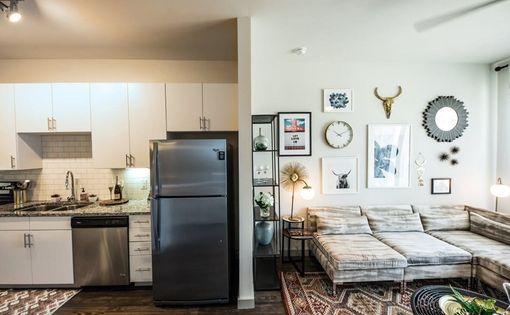 Austin is a place where you’re likely to see man-bun-clad musicians, young families, bike-short-wearing cyclists, and tech prodigies all enjoying brunch in the same place on a Sunday morning. The vibe here is particularly casual, especially when compared to cities such as New York, Los Angeles, or Chicago— the standard attire for a night out is typically cowboy boots rather than stilettos.

The people who reside in Austin all share a love of good food, good music, and good times—and with the city’s variety of up-and-coming restaurants, local bands, and plentiful outdoor spaces, it’s easy to see why.

Nature is a big part of the Austin experience. We love to visit Zilker Park, a 350-acre green space in the South of the city, for a picnic with friends or to play a pick-up game of soccer. Equally important to the locals is Barton Springs Pool, an outdoor pool filled with water from nearby naturally occurring springs.

Since the water temperature there always hovers around 65-degrees, it’s the perfect way to cool off on a hot Texas summer day. When it comes to nightlife, you can two-step the night away at legendary honky-tonk The Broken Spoke, or visit ACL Live at the Moody Theater for the latest band that’s in town.

Austin is truly a unique spot among U.S. cities — way more relaxed than New York, and with a Southern influence that you won’t find in places like Los Angeles or Chicago. If it isn’t already evident, spending time outside is huge here, perhaps due to the influence of pet-lovers than live in the city. As the joke goes, “you’re not considered a dog owner in Austin until you own at least two pups.”

For those who have never experienced a Southern summer, be warned— from June to October, temperatures can reach “fry an egg on the sidewalk” levels. However, the scorching summers are well-worth the blue skies and sunshine you get all fall and winter.

How much is it to rent an apartment in Austin?

Is Austin a good place to live?

Absolutely! Austin is currently experiencing a “boomtown” situation — which means there are not just lots of new jobs, but lots of new people, activities, and cultural institutions. Pair this with a mix of classic Southern hospitality, a relaxed attitude, and “Keep Austin Weird” vibes and you get a stand-out Texas city that is a prime spot to call home.

How do I get around Austin? What are the transportation options?

Depending on what area of Austin you live in and how long your commute to work is, a car will most likely be necessary. For those living in the Downtown or South Austin area, bike transportation, or even electric scooter, is also an option. The Capital Metro Bus system, with 1600 stops and 82 routes, is great for those looking to use public transportation.

What are popular Austin neighborhoods?

Currently, the East Side of Austin (which includes neighborhoods like La Holly and Mueller) has been exploding in popularity. It has a hip and quirky vibe that is comparable to Williamsburg in Brooklyn or Echo Park in Los Angeles. Additionally, Downtown Austin and South Austin / Zilker neighborhoods remain consistently in demand.

Does Austin have sports teams?

UT Austin football dominates the scene here, so get ready to cheer “Hook ‘em Horns!” Austin also got its first Major League Soccer team recently, Austin Football Club. With close proximity to San Antonio, basketball fans can easily attend a Spurs game— and if that’s not enough, the major league teams of Houston and Dallas are only a few hours away.

What are some of Austin’s local attractions?

Austin’s consistently sunny weather makes it a perfect place for outdoor adventurers— spending the day at Zilker Park, hiking the trail at the Greenbelt, or taking a dip in the natural waters of Barton Springs Pool are beloved local ways to spend the weekend. For the occasional rainy day, checking out immersive art exhibit, Mesmerize, or a movie at the Alamo Drafthouse is just as fun.

Who manages the city’s public utilities?

Depending on where you live in Austin, you can expect the city to manage most of your utilities. For most areas, Austin Water will cover your water, while Austin Energy is responsible for power and gas. With the capital building located right in the city center, there are plenty of public programs offered as well.

Where can I find some of Austin’s best restaurants?

Austin is well-known for its barbecue and breakfast tacos — the brisket at both Franklins and the Salt Lick is melt-in-your-mouth-good, and our favorite migas (a Tex-Mex breakfast staple consisting of scrambled eggs, tortilla chips, onions, tomatoes, and cheese) can be found at Veracruz.

What should I know before moving to Austin?

Due to the growing number of people who are moving here everyday, housing is becoming a hot commodity. This means that if you see the apartment of your dreams, try to lock it down as quickly as possible because it probably won’t be available for long! It’s also important to note that the summers get hot here— expect consistent 100-degree days in July and August.

What are some of the top companies in the city?

While local company Dell has ensured tech’s presence in the city for many years, the recent additions and expansions of companies like Tesla, Google, Apple, and Oracle continue to solidify Austin as a major player in this industry. And, we may be biased, but AptAmigo’s new emergence in the city only further speaks to the booming job scene!